Find out more about Dr Anthony Garcia – one of the feature artists for QPAC’s ensemble in residence, JADE 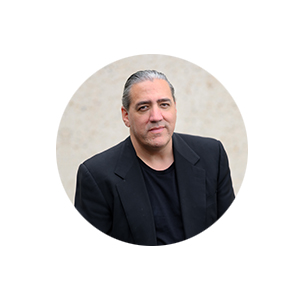 Dr Anthony Garcia is an acclaimed guitarist, composer and educator based in Brisbane. Born in the United States and raised and educated in South East Asia, Australia and Mexico, Garcia has recorded, performed, and collaborated extensively throughout the world with creatives across a diverse range of artistic disciplines.

His passion for unifying the interlocking fields of performance, composition, education and festival curation led to the establishment in 2014 of Sounds Across Oceans, a new music organisation dedicated to exploring ‘the multidimensional capacity of music and the arts to create and share new ideas, uplift, heal, shift energies and ignite new perspectives’.

The classical guitar is of Spanish origin. Commonly used across cultures this beautiful instrument uses nylon strings to affect a bell-like sweet tone that can be manipulated using vibrato. The instrument is well known for its usage in classical music but also crosses cultures, with variate forms of the instrument being the basis for many diverse genres, including Latin America folk music, Flamenco and increasingly world genres.

The electric guitar is well known to most people and synonymous with rock, jazz, blues and all kinds of fusions. The popularity of the instrument has seen its usage expand into all genres and styles for its sustainability to mix with process sounds and function in so many ways. I.e. Melody, sound effects, driving rhythms and punchy riffs.

The Thai Phin is a traditional plucked string instrument from the Isan province of Northeast Thailand. The sound of the Phin is highly unique but could be described as an ancient sounding banjo with a strong projection and soulful sustain. The detachable dragon headstock of the instrument lends a mythical dimension which supports its transportative sound.

Early classical lessons were mum’s idea but I instantly took to it – I still have fond memories of those early years playing through the 18th-19th century Spanish repertoire.

Born in Texas USA, time schooling in Singapore and Indonesia, formative years growing up in Australia and later time living and working in Mexico has gifted me with an international cultural sensibility. I know I’m Australian but there is a deep affinity with other cultures and nations, particularly Mexico where I was married and my first son was born.

In later years, touring and collaborating throughout Asia and developing an approach to composition that integrates all these influences has brought me to a universal place, a place of respect and curiosity for all cultures. I’m strongly influenced by traditions where music, art and spiritual philosophy are interwoven. This is very common in many Asian cultures and something I increasingly draw from in developing my personal approach – one where life, art, music and philosophy are all sides of the one prism of existence. This mindset is a potent force for creativity and one that I continue to work on in my practice.

One of my favourite ways to create music is to improvise. That’s what is so special about JADE. All of the artists improvise in their own way. This means when we improvise together, particularly in those special moments when the synergy is strong, the music that flows is very unique.

Apart from the improvisational component of the collaboration there is the diverse cultural dynamic that influences the soundscape, the compositional possibilities and the knowledge and skills that are developed and shared in the process.

Step one: free improv (iPhone recording).
Step Two: catch the magic moment where a special conversion of elements creates something special we want to build on.
Step Three: map out a framework based on this idea and improvise some more.
Step Four: start scoring ideas in traditional notation and create charts for everyone to follow. Within this process is a collaborative discussion around what the ideas mean or represent and how this might be reflected or accentuated through an overarching program narrative. In this case, Crystal Moonlight.

My first reflection here is that I hope they will feel a synthesis of what we felt when we first discovered or created this music and what we feel in the moment of performing it. I also hope we are able to convey the essential meaning that underpins the abstract narrative we have created. That being, a sense of timelessness, space, a journey through landscapes, nature and culture and an emersion into a contemporary reflection of now. If some of this is felt and experienced by the audience and they go away inspired, shifted, moved even healed in some way, we have done our job.

As one of the artists who grow up in the ’80s and was strongly immersed in ’80s music culture I was passionate about including this influence in the JADE sound. This vibe is part of my cultural heritage and as such plays a role in shaping some of the contemporary compositions we have created for Crystal Moonlight. Some new arrangements of iconic ’80s songs will be threaded through the program. I’m really keen to know who picks up on these during the performance as we are reimagining them in a JADE way so that will be a special part of the program for me.

On tour in Thailand in 2013 I was in a night market in Khon Khaen, the capital of the Isan province. There was an instrument maker there and I had to try them out to see what they were like. I grabbed the instrument I now own and had a tinker and was instantly transported to another world, time and place. I just had to have it and have since composed and improvised a lot of music with it. Conceiving original music that inspires and uplifts, transcending boundaries and responding to the evolving cultural landscape of our city