Jewels is a three-act ballet created for the New York City Ballet in 1967 by co-founder and founding choreographer, George Balanchine.

One of the most influential 20th century choreographers, George Balanchine was born Georgi Melitonovitch Balanchivadze in St Petersburg, Russia in 1904. His early training in ballet at St Petersburg’s Imperial Theatre School and music at the Petrograd Conservatory of Music, uniquely equipped Balanchine to translate music into dance.

Balanchine established the American Ballet in 1935 and New York City Ballet in 1948, choreographing the majority of the company’s productions for more than 35 years. His work reflects his dance and musical heritage, fusing modern free-flowing US dance forms and traditional forms of classical ballet. His choreography is constantly performed by ballet companies and schools throughout the world.

In each of the three acts of Jewels, Balanchine uses music from different composers, incorporating different musical and balletic styles, each intimately connected to Balanchine’s own life and career.

It features jewel-like costumes, inspired by the beauty and artistry of the gem stones Balanchine observed in the stores of New York jewellers, Van Cleef & Arpels and celebrates the three cities and three dance schools which forged the aesthetic and style of the esteemed choreographer.

Bolshoi Ballet's first production of the complete ballet was first given on 5 May 2012.

A French Romantic ballet, to music of Gabriel Fauré. 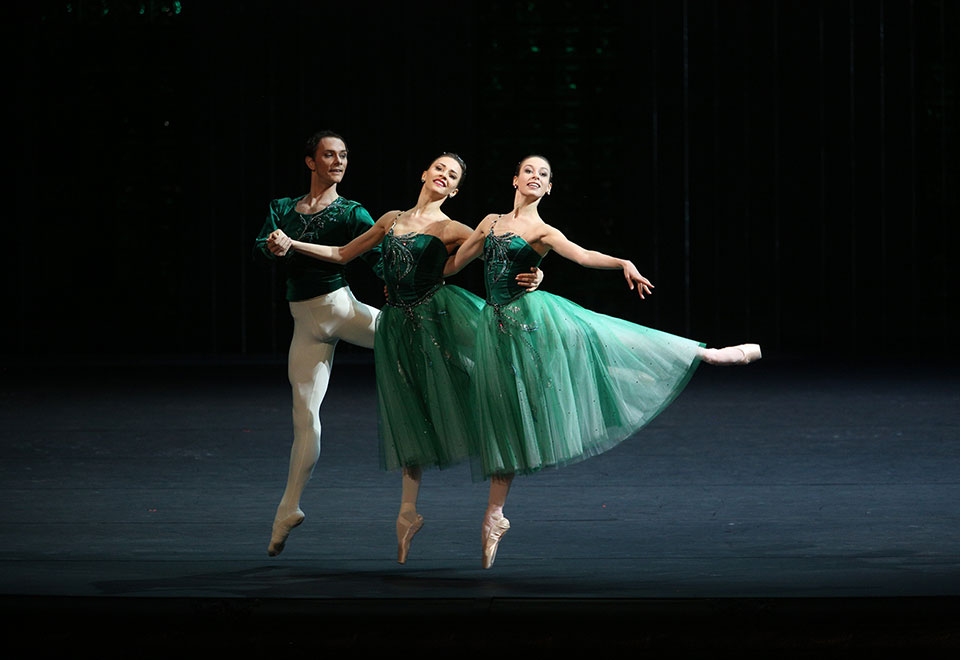 A Neo-Classical jazz-age work, with music by Igor Stravinsky The score has been made available by Boosey & Hawkes Music Publishers Limited. 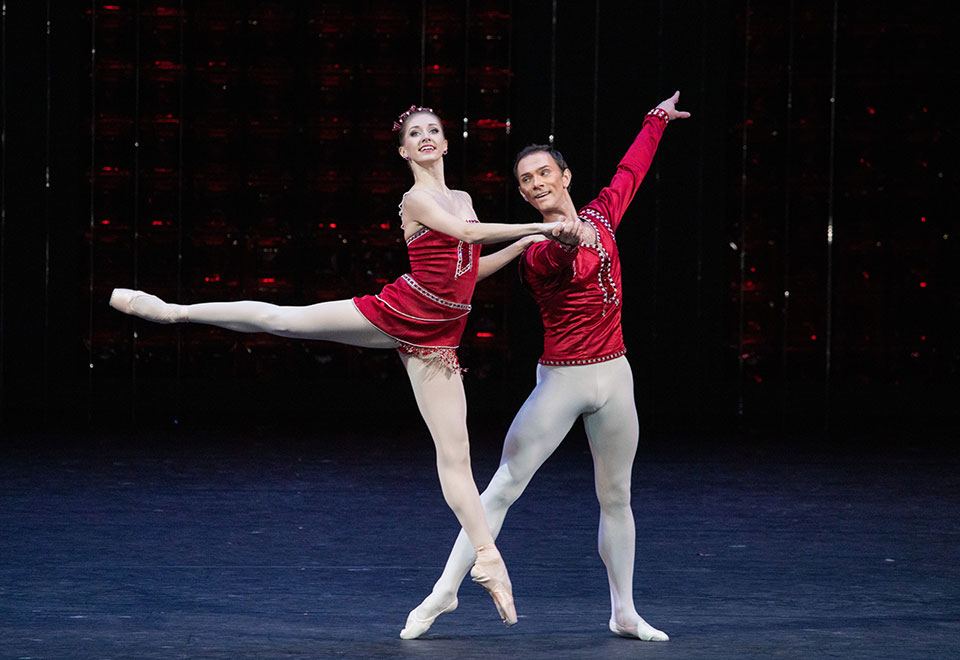 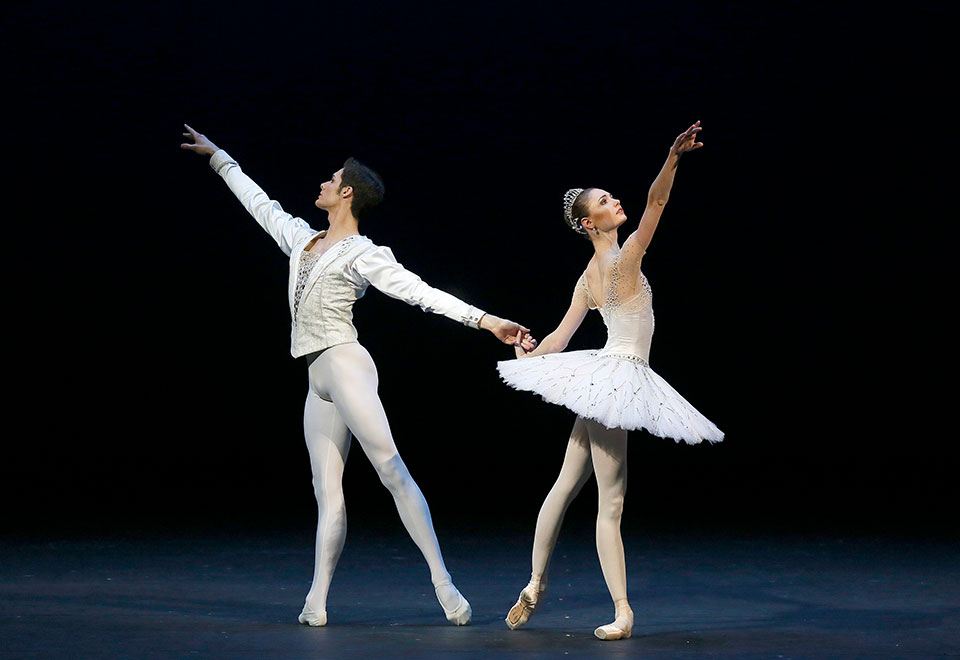