Face to Face by Emily Wells is a new work that explores traditional and contemporary First Nations’ identities through connection to country and community. Originally developed as part of SPARKS in 2019 (Playlab Theatre & QPAC) and ALPHA PROCESSING in 2020-21 (Playlab Theatre), Face to Face is now a Playlab Theatre production that is set to premiere at Metro Arts in March 2022.

Tickets to this deadly new work can be found here.

‘Are you seriously going to sass me in my own apartment?'

Moxie, passion, drive; whatever you want to call it, Leila’s got it and it compelled her hundreds of kilometres from the remote country town she grew up in to the big city. It’s been a hard six years, but she’s so close to the success she craves, so close to her dreams of representing her community, so close to being an inspiration to the other girls back home just like her.

However, one girl just like her, her niece Maddie, has just shown up on her doorstep at in the middle of the night, disillusioned and far away from the same community that Leila left behind, and she’s about to make her understand just how far she’s strayed from home.

Face to Face is an intimate drama about two women navigating the complex effects of disconnecting from Country, and criticism from your community, your family, and above all, yourself.

Face to Face by Emily Wells is supported by QPAC, the Queensland Government through Arts Queensland, and the Restart Investment to Sustain and Expand (RISE) Fund – an Australian Government initiative. 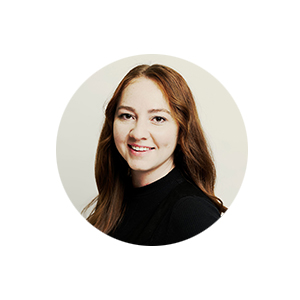 Emily Wells is a proud Kamilaroi producer and playwright working across theatre, contemporary dance and festivals. Emily is passionate about using performance to spark conversation and societal change, and supporting artists to thrive in the creative process.

As a Producer with BlakDance, Emily produced small to large scale presentations, gatherings and creative developments for First Nations choreographers across Australia. Alongside a fierce team, Emily collaborated with local and international artists and organisations, and led the world premiere of Karul Projects’ SILENCE: the first First Nations dance work to be commissioned by Brisbane Festival.

As a Playwright, Emily was selected for Playlab’s year-long script development programs Alpha Processing and the inaugural Sparks program, delivered in partnership with QPAC and Moogahlin Performing Arts.

Emily graduated from the Aboriginal Centre for the Performing Arts and obtained a Bachelor of Entertainment Industries (Distinction) from QUT. Emily has worked closely with leading First Nations independents and companies such as Karul Projects, Digi Youth Arts and Isaac Drandic, and has worked closely with and for La Boite Theatre Company, Queensland Theatre, Brisbane Festival, and Walt Disney World.

QPAC is committed to supporting the creative and cultural development of works created by First Nations artists from Queensland and across Australia. QPAC will support and empower First Nations artists to create work that explores love, life, celebration, loss, pain and grief through a black perspective.